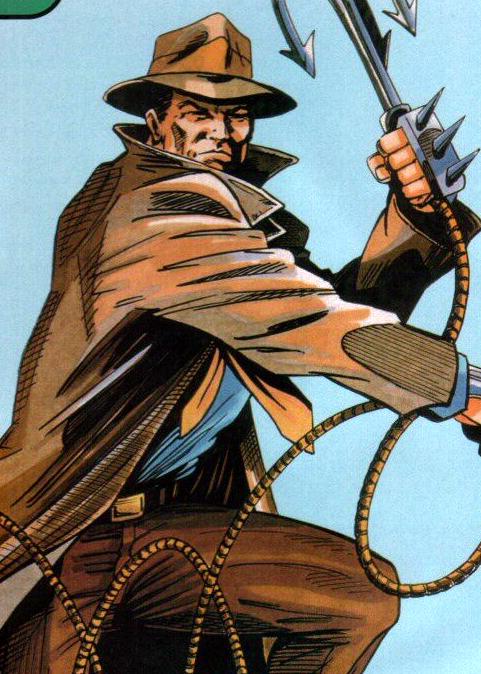 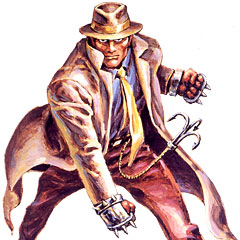 One of Chicago’s most well-known and enduring legacies is that of the gangster and mafia era that peaked in the early 20th century. Like so many things in history – Nazis, pirates, pilgrims – what was a time period rife with crime, bloodshed, and murder and the people who were at the heart of it have become a fun thing to dress as for Halloween, base themed restaurants on, make the mascots of sports teams, and set shallow, action-packed fiction around. Not that gangsters and mob bosses weren’t also glamorized at the time, and not that the glorification and reverence of criminals and killers in the media isn’t a practice that dates back to at least Old West outlaws. But without a doubt, the image of the dapper, smooth-talking gangster as a loveable figure is definitely quite prevalent in popular culture. Rather than take a hard look at some of the deeper, critically-acclaimed games based around prohibition-era Chicago, however, I’ve decided to spotlight a mostly-forgotten character from a few mostly-forgotten games. END_OF_DOCUMENT_TOKEN_TO_BE_REPLACED

In 1994, the technology finally existed for racing games to have tracks that actually vaguely resembled the cities they claimed to be based in, rather than just putting the same generic 2D skyline in the background whether the track was supposed to be Chicago or Miami or London. With Cruis’n USA being one of the first racers to have such graphical horsepower, and being developed at Midway, it was the perfect opportunity for Chicago to finally be seen in a racing game in recognizable fashion.

The early portion of the track is oddly industrial, with warehouses and tall smokestacks lining the road. In fact, other than the slightly Chicago-looking overpasses you drive under, you’d be hard pressed to identify the city if you didn’t already know where you were. It’s not until shortly after the first checkpoint that you see a sign for “Chicago Loop” and then you drive under the iconic Board of Trade building that the landmarks begin to appear. But don’t blink, or you may miss them: Right after that, an image of the entire rest of the Chicago skyline, Sears Tower jutting up from the middle, shows up in a single 2D image (that you can also drive under, inexplicably) for only a couple of seconds before its gone from view. The next part of the race is a long stretch through one of Chicago’s trademark tunnels, followed by the staple of any Chicago driving or chase scene – between the supports of the “L” tracks. Though taking your eyes off the road here is not advised, other Chicago skyscrapers and building do flash by if you happen to catch them. And they may even repeat a couple of times. Then it’s down a small hill, where you find the shirtless fist-pumping man and bikini-clad ladies that greet you at the end of every successfully completed Cruis’n USA race.

Chicago has gone on to make appearances in many other racing games – Burnout 3, Project Gotham Racing, various Need for Speed titles, et al – and the results look better and more authentic as the years go on and tech improves. The visuals in Cruis’n predictably haven’t aged well – the N64 port especially, which NEVER looked all that great to be begin with – and time has been even more unkind to the gameplay. But its interpretation of Chicago definitely impressed for the time, and will always stand as one of the first times Chicago was ever rendering so clearly and recognizably in polygon form. Multiple Sears Towers and all. 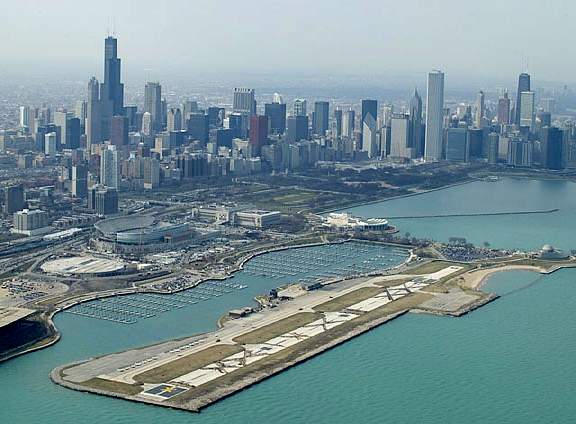 [A quick word from the editor: What would you rather do: Click through ads for crappy free-to-play mobile games and have annoying video ads that automatically start playing when you go to a website, or just pay a buck a month for a 100% ad-free experience? I would much prefer to be completely user-supported than have to resort to the smarmy world of internet advertisting, and I’m sure you feel the same way as a reader. But to do that, I need yoursupport: head on over to Chi-Scroller’s Patreon page and make a donation. Even if everyone who visited only pledged a measly $1.00 a month, I could keep this site running without any other form of advertising, and without having to do cheap tactics like splitting up lists into tedious, slow-loading slideshows or anything of that sort to pad my clicks (which I’ve never ever done and promise to never do if I am fan-funded). No advertisers to answer to also means nobody will ever influence any of the content here in any way. I know it’s tough justifying paying for a website when most websites are free, but when you consider the alternative, I think you’ll see the value in it. So please,make your donation today!]

“Chicago Moments in Gaming History” is a series focusing on games that have in-game connections to the city.

Even if we couldn’t feel it yet, in 1982 the foundation of the video game industry was well into the erosion that would lead to the big crash the following year (which, I found out while researching this piece, had the awesome knickname of “Atari Shock” in Japan). Luckily for PC gamers, that was also the year that Microsoft Flight Simulator 1.00 was released, allowing them to fly high above the coming turmoil in an absurdly realistic fashion.

Well, realistic in terms of flight mechanics. Not surprisingly, even the most powerful hardware of 1982 couldn’t render much more than basic flatland geometry. Still, the psuedo-3D visuals impressed for the time, and in those early years especially the MFS games were a perfect litmus test for how powerful and graphically optimized your PC was. In addition, because of the frequency of its “sequels” and ports to various other platforms, looking through screenshots of the various versions of the games serves as a great visual history for both the progression of PC graphics technology, and the differences between various hardware platforms of the time. END_OF_DOCUMENT_TOKEN_TO_BE_REPLACED 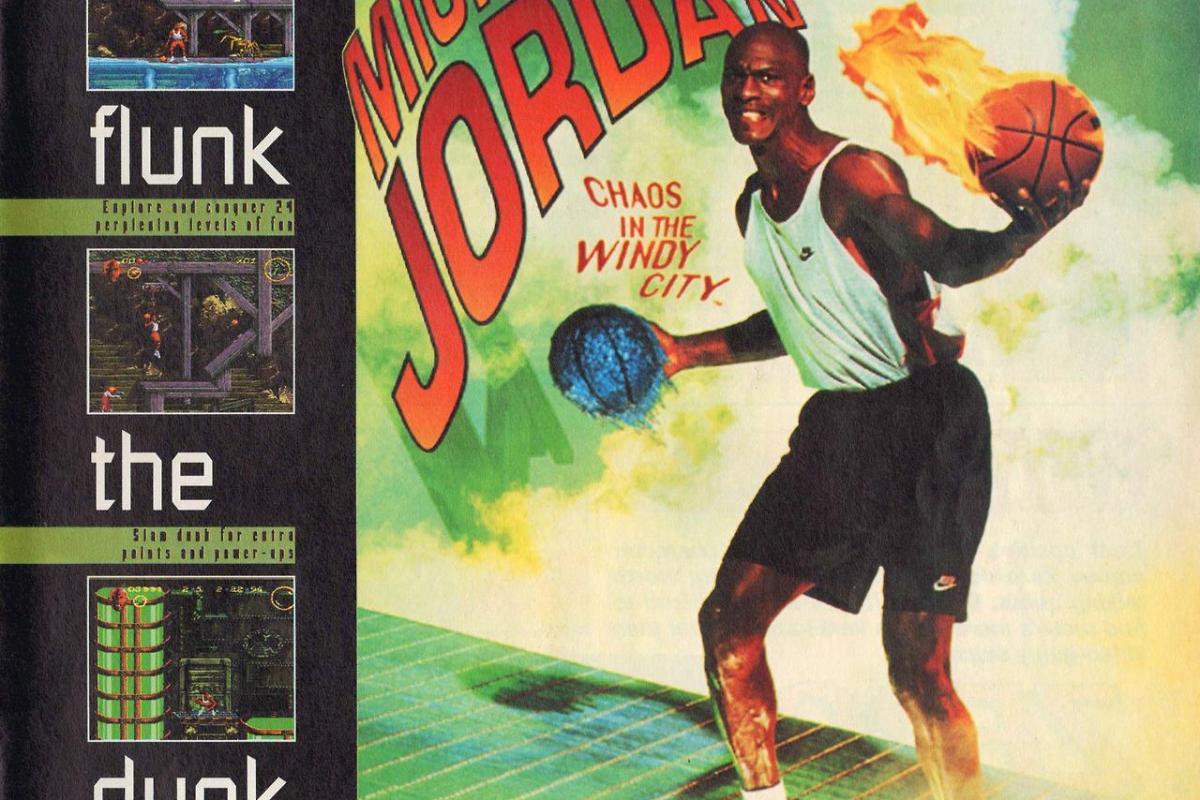 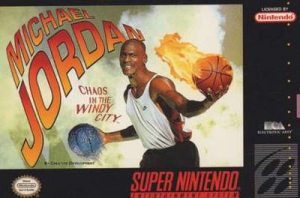 One of the biggest tragedies in gaming history was when Michael Jordan separated himself from the group licensing deal with the rest of the NBA Player’s Association in order to have his own individual (and more costly) deals just before the release of NBA Jam, a game that was seemingly designed with the concept: “Let’s make a game that lets gamers do just a slightly exaggerated version of what Michael Jordan can already do.” As such, Bulls fans had to play as a two-man squad that consisted of Scottie Pippen of course, and then either Horace Grant or B.J. Armstrong. Yeah. Moving right along… END_OF_DOCUMENT_TOKEN_TO_BE_REPLACED